The Naples Nienetynine Foundation is involved in a whole range of activities designed to promote Naples and the south of Italy. One of the aims is to encourage a better appreciation of the area’s rich, but often forgotten (or little known) artistic heritage and great natural beauty. This has been the driving force behind a series of initiatives in which cultural assets provide the stimulus for economic development, a better knowledge of the region, the rediscovery of an identity and an increased sense of civic pride within local communities.
The Old Calabria Park derives its inspiration from the tales of the many travellers - mainly, though not exclusively, non-Italian - who, from the eighteenth century, set off on the Grand Tour to discover the south of Italy and Calabria in particular.
The Old Calabria Park takes in the region’s diverse cultures: Byzantine, Albanian and that of Magna Graecia and it follows the classic itinerary described in the travellers’ accounts, passing through an amazing variety of habitats and landscapes. Here the tangled web of civilizations and cultures, each of which has left an imprint, is still apparent. The interweaving of nature and history has produced some extraordinary results, not only in the scenery but also in the region’s art and culture.
We will travel once again through this vast and complex region, introducing it to the travellers of today. We follow in the footsteps of the writers who went there and wrote about it, basing ourselves on their descriptions and impressions.
Torre Camigliati is the Park Visitors Centre

It was exhilarating to traverse these middle heights with their aerial views over the Ionian and down olivecovered hill-sides towards the wide valley of the Crati and the lofty Pollino range, now swimming in midsummer haze. The road winds in and out of gullies where rivulets descend from the mountains; they are clothed in cork-oak, ilex, and other trees; golden orioles, jays, hoopoes, and rollers flash among the foliage. In winter these hills are swept by boreal blasts from the Apennines, but at this season it is a delightful tract of land. 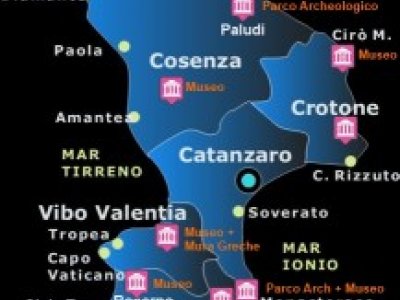 By car: from Cosenza take the main Silana- Crotonese road (n.107) in the direction of Camigliatello (approx.30 minutes). On arrival turn right on the SS.177 and continue for approx. 1.500 meters where signs indicate the entrance on the right to the Parco Oldcalabria.

By train: arrival at the station of Paola and connection for Cosenza and Camigliatello Silano 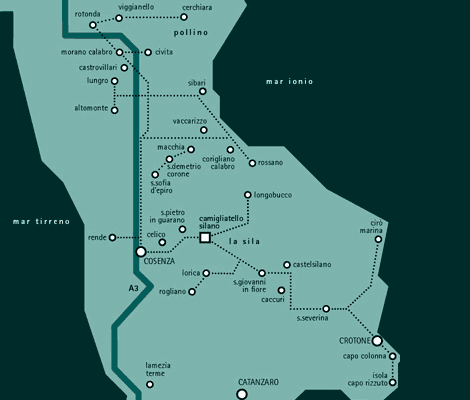